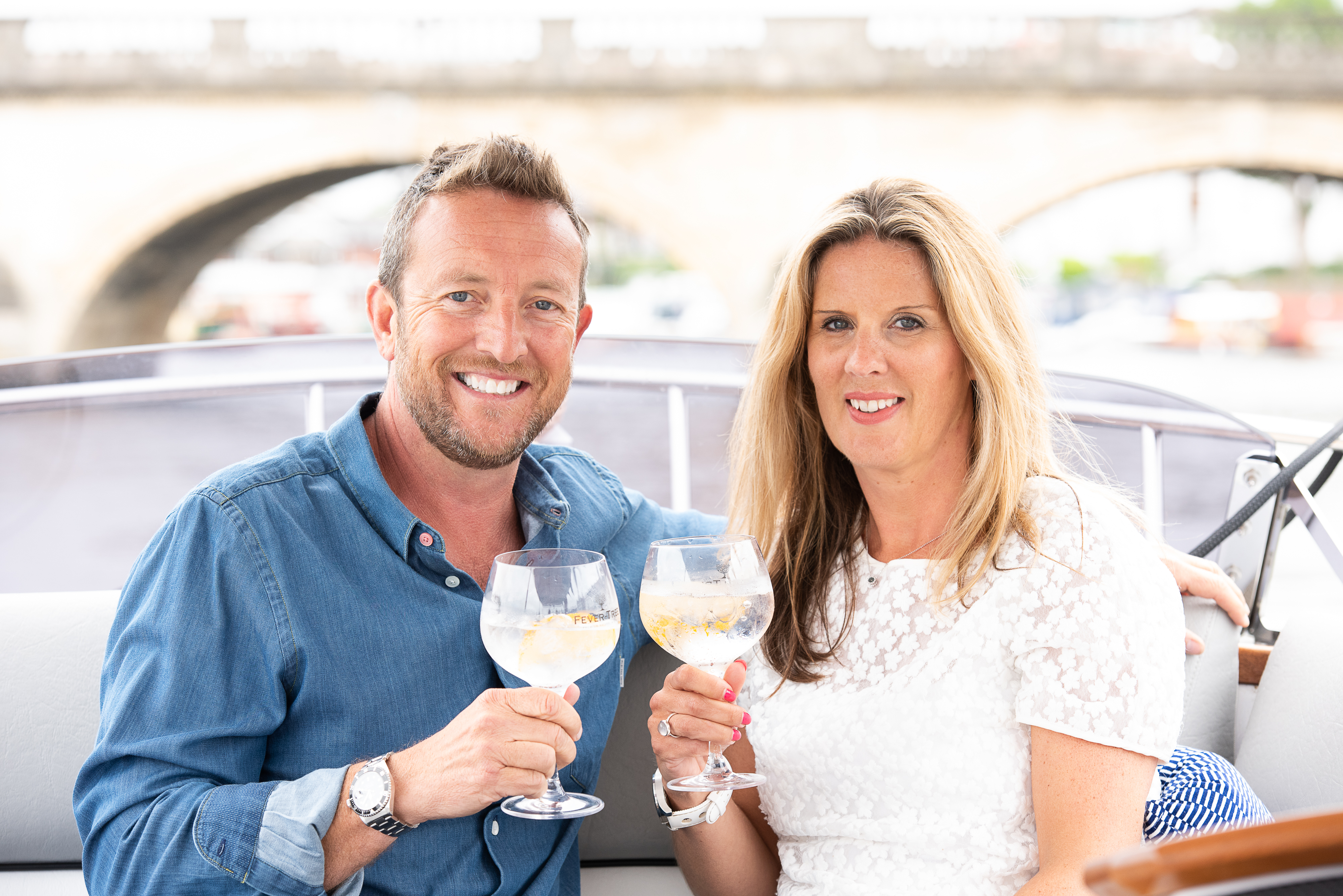 What made the Hobbs family best placed to release Henley’s first and only ‘Highly Spirited’ gin?

The Hobbs family tree dates back to 1585 in Henley, and Hobbs of Henley- the boat hire business- was founded by Harry Hobbs (Jonathan’s great, great, grandfather) in 1870. Harry built a hospitality business giving people a good time on the river. With this long association with Henley and the river, we felt a first Henley Gin named after our founder made perfect sense.

Okay, speaking of boats then, imagine you are stranded out to sea for 24 hours in a little rowing boat and you had to pick 2 other people to be stuck with, who would they be?

If it could be someone from the past then maybe Edward & Charles Tanqueray, we would love to pick their brains on how they became such pioneers of the gin world and created a brand that survived the test of time.

If it had to be someone from the present then The Queen and Prince Philip, they have been together even longer than us two so might have some good relationship tips! I bet they have a fair amount of useful contacts and anyway, it’s about time Her Majesty stopped drinking Gordons and tried some Mr Hobbs Gin. I’m sure we could sway her with our allocated 24 hours together, especially with Jonathan being appointed a Royal Waterman back in 2017.

Have you heard of any innovative ways in which your gin has been used, other than in the obvious G&T’s or cocktails?

Recently we became aware that a local restaurant to us, Hotel Du Vin, in Henley on Thames was using the gin to marinate a pork dish prior to cooking. This was certainly a first for us, we loved the idea though- everything should be marinated in gin! We should also mention the truffles we have, very tasty, milk chocolate and fresh cream ganache infused with orange oil and our very own Mr Hobbs Gin. They are a winning combo.

As a relatively new Gin Producer what advice would you offer any aspiring Distiller?

Don’t do it! Only teasing. The market is becoming exponentially saturated especially in the last 2 years, so it’s not something we would only now want to be getting started in. Saying that, nothing wrong with a bit of healthy competition and we welcome the diversity of what is such an exciting and fast-growing industry to be in at the moment.

Is there, if any, negatives of being in the world of gin?

The worst part of working in gin is probably the endless puns. All the GINteresting GINformation, whilst we are all having such a GINtastic time, you’ve got to keep your GIN up though, and forgive us for we have GINned, as we are just as GINthusiastic as the best of them when it comes to word play- no one is GINvinsible I guess.

What’s next on the agenda for Mr Hobbs Gin?

In the past two years of creating gin we are proud to have released our three current products which are the original distilled gin and two fruit flavoured gin liqueurs in Raspberry & Elderflower and Rhubarb & Ginger. Saying that though, the next drink we are bringing out is something we are just as excited about, if not more so. Releasing your first few gins is always going to be thrilling but it’s been an adventure and there’s been so much knowledge to gain. For us, the fourth generation of gin we are bringing into the world will reflect all those lessons we learnt along the way and therefore be even more of a success for us and our distributors.

When can we expect a new Mr Hobbs Gin to be available and where?

We are due to launch Spring/Summer 2020 tying in nicely with the 3-year anniversary of our first gin, and the 150 year anniversary of Hobbs of Henley – giving us even more reasons to celebrate the hard work that’s gone into it. It’s going to have a further reach than the current gins due to certain geographical reasonings and the nature of the gin, including the back story and rationale behind it. We’ve said too much! You’ll have to wait and see.

What’s your favourite thing about being married to one another as well as also working together?

Sorry, I think that’s all we have got time for 😉